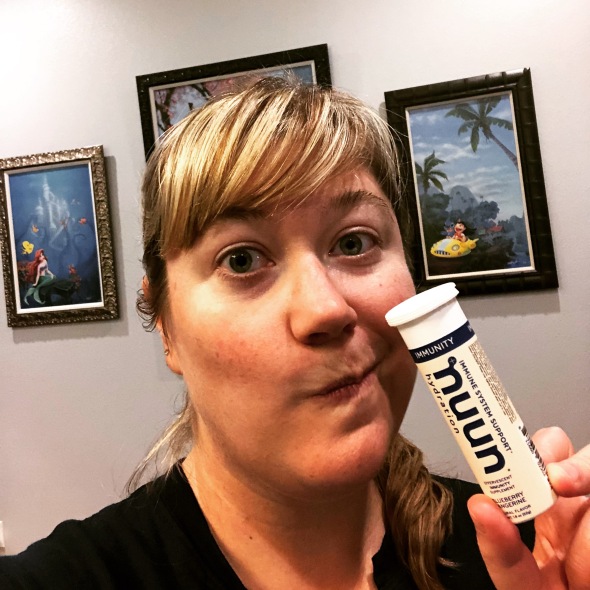 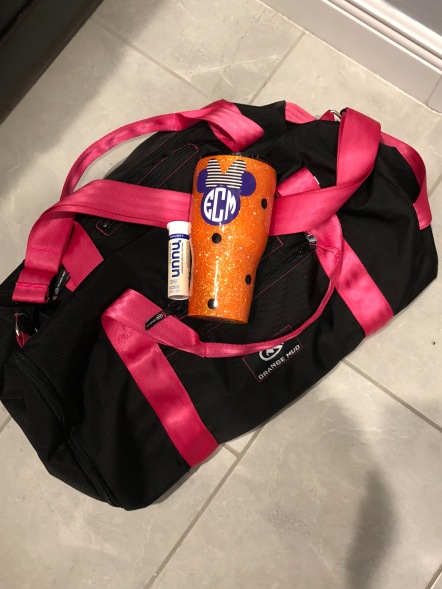 I’ve been a huge fan for a couple years now, and use it pretty much exclusively for training.  So when BibRave offered me the chance to try out the new Nuun Immunity, I was thrilled!  There’s two different flavors, Blueberry Tangerine (which I’d tried before) and Orange Citrus (which was new to me).  Normally I’m not a big orange flavor fan at all, but that one turned out to be my favorite of the two.  Orange citrus is more of a tart orange flavor than orange soda-y.  Blueberry tangerine is a bit sweeter. 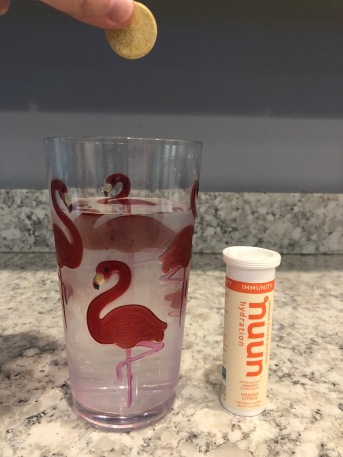 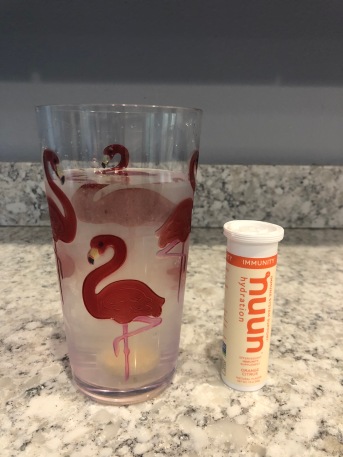 Each tube has 12 tablets of the same flavor, and the tablets dissolve in a glass or bottle of water.  For Nuun Immunity, the end result is a drink that is quite orange in color due to the turmeric.  Turmeric is used as a natural coloring in many places, and I’m not sure if it’ll stain, but I made sure to rinse out my glasses quickly just in case!

Nuun Immunity also has elderberry and ginger, both known to help boost the immune system.  I get sick a lot, so anything to help boost my immune system is a bonus!  I can’t say for certain whether the Nuun has helped yet, since I started out with pneumonia when I first got it, but it definitely helped me drink more water and that’s never a bad thing.  The ginger in the Nuun Immunity helped soothe my stomach when I had a stomach bug, and I brought it along on my cruise to help – note: I did not get a cold on the cruise but my husband did.  Hmmmm…..

Bottom line: Nuun Immunity adds another star to their lineup, and one that I will likely use for my night time drinks every night from now on.  Thanks Nuun, keep it up!

To get your own Nuun, use the code HYDRATEBIBPRO for 20% off at Nuunlife.com

One thought on “Nuun Immunity”